The State of Television

In a post Oprah world, the highest paid TV star on the planet is Judge Judy. She makes approximately 45 million dollars a year with nearly 10 million people tuning into her show daily. Conversely, the season premiere of the critically adored Mad Men attracted 3.3 million viewers and the season finale of Shameless only attracted 1.8 million viewers. The numbers aren’t even close but you wouldn’t know it by the obsessive nature of the internet. Talking and commenting about ‘so called good TV’ has become a cottage industry onto itself, with Mad Men (at this moment) leading the pack.

The glut of words devoted to every episode of this series is astounding. People take the opportunity to cut their writing teeth on the  blogger’s bread and butter: the TV recap. All TV recaps are not created equal. Some take the straight up just recount of what transpired in any given episode; kinda like an old Donahue transcript without all the yelling. Other TV recaps take the time to try and uncover all the tiny minutia of symbolic meaning that may be hidden under the surface. My favourite, when done well are the recaps that inject keen social satire and convey a fondness for their subject matter. Oh how I miss the Gossip Girl recaps on Vulture –they were hilarious and made watching the show more fun.  The blogosphere and social media are the new water-cooler. At times it feels like more people blog and tweet about Mad Men than actually watch the show. In the past, I’ve also added to this ever growing content: here and here, but I think I’ll leave it at: the show is fantastic so you should watch it. Enough has been written about it already.

A show that doesn’t get enough love in my opinion would be the US version of Shameless. In a word:it is without shame. It will make you laugh and break your heart in equal measures. William H. Macy is absolutely fearless and the rest of the cast is equally as brilliant.

On one end of the spectrum, television is going through a renaissance at the moment producing some of the greatest programs in its entire history. Along with Mad Men and Shameless there are shows like Breaking Bad, Girls and Homeland that have people not only watching but appreciating the small screen.  All genres are being covered from the enthralling fantasy of Game of Thrones to the horror of American Horror Story and The Walking Dead. The king of TV genres is in a bit of a slump at the moment compared to a decade or two ago, but if shows like Louie and Arrested Development keep being made perhaps the television sitcom will make a comeback.The serial is thriving; and now that we have been spoiled in a post Sopranos TV landscape our expectations are high.

There is another renaissance happening on TV at the moment and it’s the Hillbilly renaissance. Shows like Honey Boo Boo, Swamp People, Duck Dynasty, Deep South Paranormal and Myrtle Manor are popping up everywhere. I remember when TLC actually stood for the learning channel. Perhaps they shortened it for the same reasons Kentucky Fried Chicken shortened to KFC: to distance themselves from the word fried. ‘Fried’ became a dirty word for a while. Is learning the new fried? I don’t think learning is discouraged but only being repackaged; Pawn Stars and Storage Wars are the Antiques Roadshow for the dune buggy sect. We want to learn but don’t ask us to think. Just cut straight to the answer. 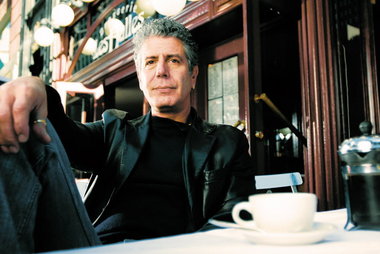 The dichotomy of Television is at an all time high. For every show there is a completely opposite show waiting to compliment it. We exploit our rich and our poor in equal measures. It probably won’t ever get any better than it is right now but I’m pretty sure it can get a whole lot worse and I’m the sucker who will watch it all.

8 Comments to “The State of Television”