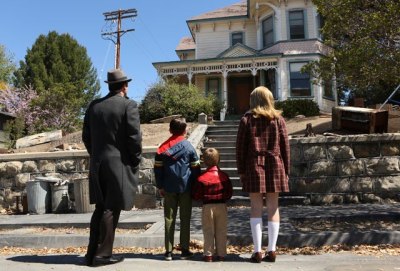 It’s that wonderful time of the year again; when we organize our lives into easily readable bullet-ed points rating our experiences from good to bad. Who doesn’t love lists? Many of you reading this right now probably have a few lists on the go as we speak: presents to buy, food to make, movies to watch etc.. Last year I listed my favourite Christmas tunes. This year I contemplated listing movies, but since I only saw 12 Years a Slave and Blue Jasmine it would make for a  very short one. Both films are excellent by the way.

What I lacked in movie watching, I more than made up for in TV consumption. They say we are in the ‘new golden age’ of television. So much so, that it is hypothesized that TV entertainment may have enriched our standard of living. To add on to that, one seriously flawed outlook implies that no one can truly be considered poor when they are surrounded by so much rich distraction. Wow, who knew  TV wasn’t just  teaching us what to do in the case of a zombie apocalypse or how to be a functioning alcoholic at work but also trying to eliminate poverty? God bless us, every single one.

2013 was definitely a spoil of riches when it comes to TV entertainment. We had to say good-bye to some beloved characters and some not so beloved, as well as were introduced to a whole bevy of new ones. (Attention there may be Spoilers.) 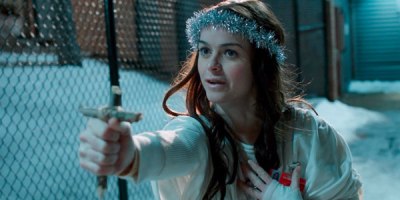 10. Orange is the New Black garnered a lot of praise when it came out. It is a show I like but don’t love. It never graduated to binge watching. We would watch an episode or two and then forget about it for awhile. The high point for me is Tayrnn Manning’s portrayal of Tiffany Doggett. She does crazy well.

9. Treme / Boardwalk Empire HBO does TV well. I came up with a tie for number 9. Both shows are wonderful pastiches of unique times and places. Their settings are their protagonists, with many story lines running parallel to one another, sometimes never crossing and other times unexpectedly intersecting. Music is a key feature for both shows, delivering gems every episode.

8. Broadchurch explores the fallout of a young boy’s murder on the inhabitants of a small seaside town. It is a classic who-done-it with multiple suspects and dead ends. They are remaking it for american TV, I just hope they get the emotional weight right.

7. Day of the Doctor The latest season of Dr. Who may not have been its strongest but all was forgiven with this year’s 50th anniversary special.

6. American Horror Story: Coven This season may not even be over yet but it has already made the list. It is experiencing its highest ratings ever and people are thoroughly hooked. On a show that out crazies itself every week I got two words: mellon baller. Yikes.

5. Shameless never gets enough love. William H Macy is in a word: without shame. 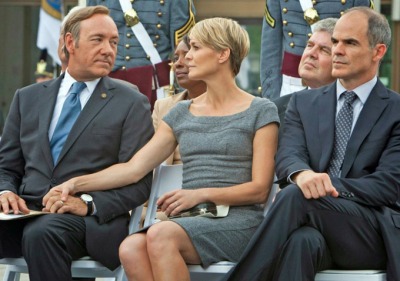 4. House of Cards was definitely binge worthy. Kevin Spacey makes being bad look so good but it’s Robin Wright who can turn your heart to ice. I’m a little nervous after viewing the trailer for season 2. Francis looks like he is teetering into the dangerous and cartoonish ‘The Devil’s Advocate’s’  depiction of evil. Putting out candles with your fingers is never a good sign.

1. Breaking Bad has gone on now to live in the Pantheon of all time greatest TV shows with The Sopranos and The Wire. Absolutely tremendous ride and one of the reasons we call it ‘the new golden age’.