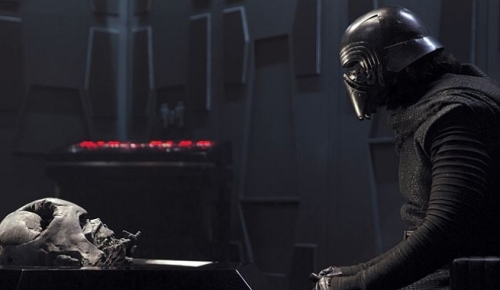 This will be a brief review, with a more in depth one to follow after more people have had a chance to see the film and a real discussion can take place about the story and where our heroes (old and new) have found themselves.

I’ll start by saying; I am a huge fan of the franchise and love it warts and all. It’s partially because of those warts that I have such affection for it. In preparation for tonight’s screening, I went back and watched the original Star Wars and The Empire Strikes Back this week, but ran out of time before I could see Jedi. I have to say nostalgia goggles do play tricks on the mind. In some ways the original movies play like a series of wonderful vignettes sloppily taped together with their slips showing the whole time. The longer you stare the larger the holes are, but the more times you watch, the more inconsequential the gaps become. We don’t care about the gaps because we just want to see Han’s ‘the cat that ate the canary’ grin or Luke whining about not being able ‘to go to Toshi Station to pick up some power converters’.

There are a few moments in The Force Awakens that make you cringe slightly on your first watch, but that you know after repeated viewings will be little pieces of anticipated dialogue. An example that comes to mind is when Finn (Jon Boyega)  looks up at the sky and sees an X-Wing flown by Poe (Oscar Isaac) and says something like ‘That pilot sure can fly!’ Only in a Star Wars movie could a character say something so awkwardly obvious and some how come off kind of endearing. Daisy Ridly (Rey) and Harrison Ford (Han Solo) steal the show and Adam Driver’s Kylo Ren delivers a villain with a back story worth watching.  This chapter is definitely a return to form warts and all, that will make you want to see it again and again.

Related: Star Wars in the Age of Social Media