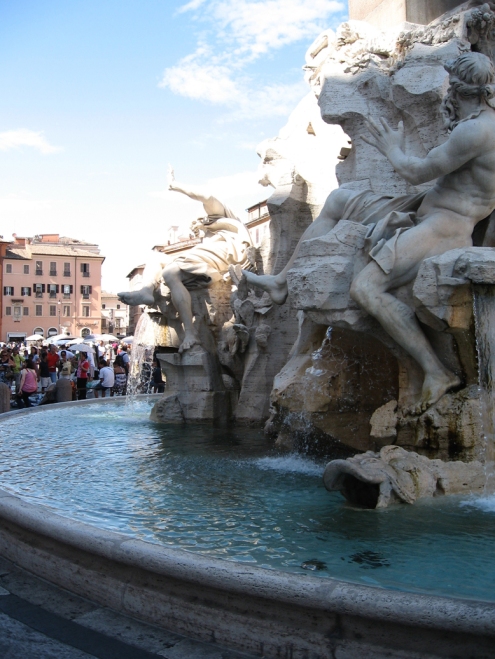 When it comes to public art you would be hard pressed to beat Bernini’s masterpiece The Fountain of the Four Rivers in Rome’s Piazza Navona…….well maybe the Trevi Fountain in the same city. Public art or art in public spaces is freed from the confines of the gallery and adorns our cities like jewels in a crown or at the very least gigantic garden gnomes decorating our  financial and cultural institutions. As I am in the middle of planning our next escape I was going through some old photos and came up with a theme. Here are a few examples taken from some our travels over the years. 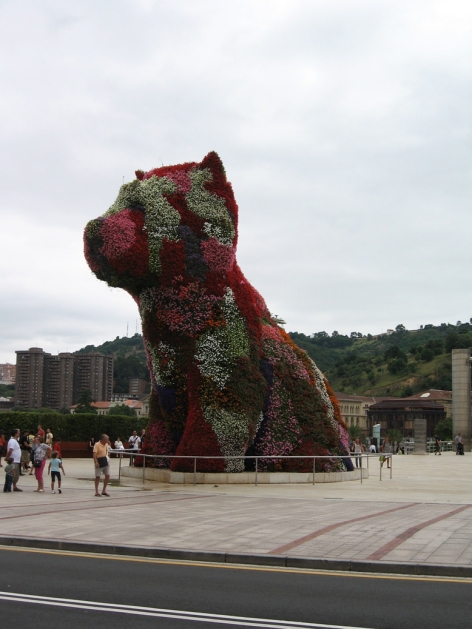 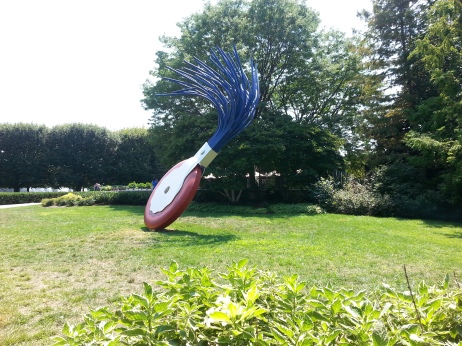 If you ever find yourself in Washington and are looking for a place to eat, I highly recommend the food-court at the National Museum of the American Indian (unfortunate name but really good food). 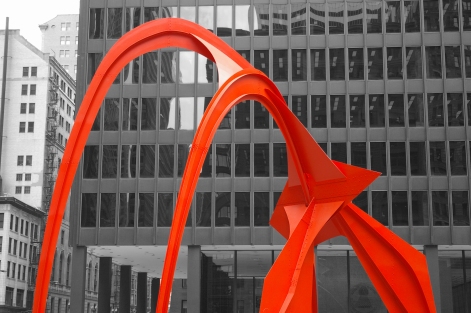 Between the architecture and all the public art in Chicago you don’t even have to step foot inside an art gallery to see some of the biggest names in Art History. I would say, right up there with Bernini’s fountain would have to be Anish Kapoor’s Cloudgate referred to as ‘the Bean’ by locals. I’ve never seen an artwork have such universal appeal. Both young and old are drawn to it. The minute you see it you automatically start walking towards it. It is like a magnet.

Not all public art has it easy. Cleveland’s Thinker had a bomb placed under it. Read more here Slashed, Smashed and Blowed up: Blowed up Real Good. There’s tons more I didn’t include, but I recommend the next time you’re out and about take a look around you might be surprised what you encounter.