Monster, Bride of the Monster and The Monster meets Abbott and Costello

In the spirit of Halloween, I thought I’d repost my own set of Monsters

The idea for this triptych was born many years ago on the back pages of a sketchbook. It started with two names written beside one another: Francis Bacon and Roy Lichtenstein. It was a very simple procedure and in a matter of seconds I conceived a monster. Frankenstein was the quintessential postmodern mash-up assembled using the parts of many to redefine the whole and Baconstein would be born of the same stuff.

The concept of combining multiple art styles is not a new one. Lichtenstein himself started early in his career by appropriating comic strips and then later on tackling luminaries like Leger, Monet and Picasso. His artistic style helped redefine their conceptual content. Bacon had referenced Muybridge and Velasquez.

Both artists listed on the back page of my sketchbook have remarkable style and technique, although, their approach couldn’t be further from one another in how they depict reality. Lichtenstein painted in a very mechanical way; rendering flesh in a uniform manner, adopting the print technique of benday dots. Bacon, on the other hand, rendered flesh by splaying it open and using paint as a visceral instrument. The two seemed perfect for one another.

The two paintings I chose to use are from early in the artists’ careers, before they both reached their mature styles. Bacon’s “Painting” and Lichtenstein’s “Girl with Ball” are also close in size to one another and can both be found at the Museum of Modern Art in New York. The final composition would be inspired by Bacon’s multiple use of the Triptych format. The first panel is the “The Monster”, then “The Bride of the Monster” and finally taking the Frankenstein reference to its extremity “Abbott and Costello meet the Monster”.  Abbott and Costello could also be considered early pioneers of mashing up genres to create hybrid works.

The final piece is a digital painting using a computer and a tablet. It is an appropriation of traditional painting techniques, using multiple layers of transparent colour to build up volume. I avoided the use of filters and all images are hand drawn. This style of creating the work seemed appropriate to the content and in the end it was electricity that brought my monster to life. 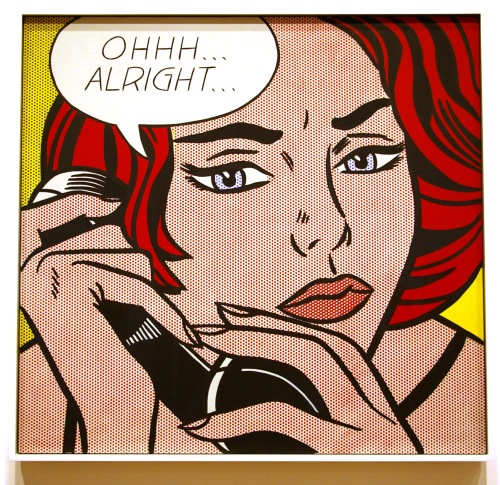 This was the second Roy Lichtenstein Retrospective I have had the pleasure of seeing and just like the first; it did not disappoint. The first retrospective I saw was in Montreal in 1994 organized by the Guggenheim.  Nearly 18 years later, the paintings hadn’t lost any of their punch. The beauty of seeing these paintings in person is their scale and presence. Tiny comics blown up to enormous proportions give the subject matter a sense of urgency and importance. The recently closed show at The Art Institute of Chicago contained nearly 170 works from the late great pop artist. Best know for his iconic comic strip inspired canvases, the retrospective illustrated that the artist was far from a one trick pony. 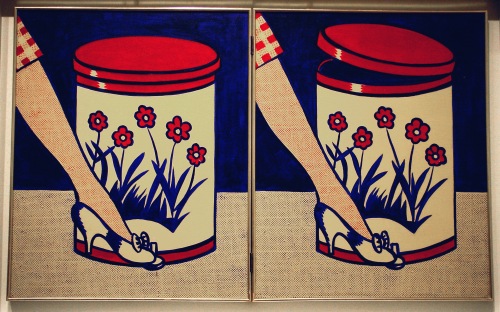 Lichtenstein was a master of appropriation. He mined sources from the pop culture of his day to the masters of the western art canon and beyond. He had an impeccable eye for subject matter. He spotlighted the art contained in the simple narrative of comic strips by isolating single panels eliminating the context and highlighting the raw emotions. He transformed simple objects into iconic portraits. 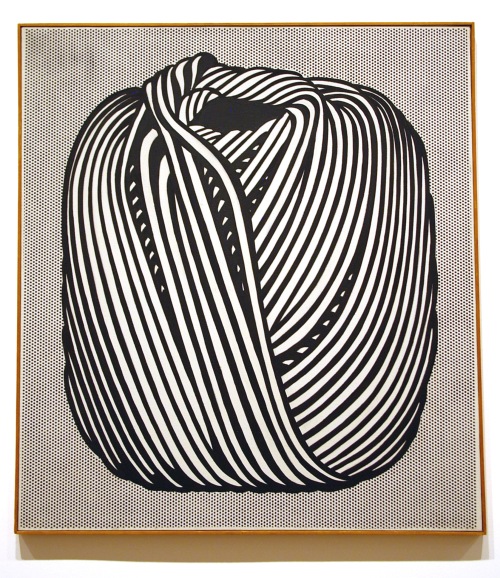 His style evolved from the comics but soon eclipsed it. He integrated many printing techniques including benday dots, parallel lines and flat bold colours. Although his style appears to be totally graphic in nature; the influence of the Abstract Expressionists is very evident in a lot of his work. The brushstroke series is a direct comment on how they applied paint, where a piece like Composition II is a nod to the all-over style.

Lichtenstein tackles luminaries such as Monet and Picasso. The Pop filter he applies only helps to accentuate the greatness of the originals. The retrospective does a wonderful job of organizing the many series he explored during his career. Along with the art history paintings; he explored interiors, mirrors, comics, moldings, still-lifes, landscapes and even (a slight misstep in my opinion) nudes. He mostly succeeds in all areas. 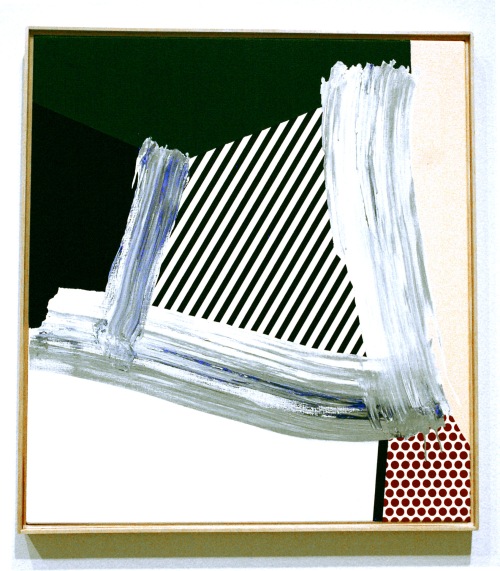 Near the end of his career he incorporated the direct brushwork of the abstract painters he so admired. It was nice to see the direct evidence of the artist’s hand that had been camouflaged by the mechanical reproduction techniques he so often employed. The end result of the  juxtaposition of the two diametrically opposed styles together on the same canvas is fantastic. I didn’t get to see these paintings the first time around because they hadn’t been created yet. A few notable paintings that were missing this time from the first time around would be Girl with Ball (one of my favourites) and Grrrrrr. 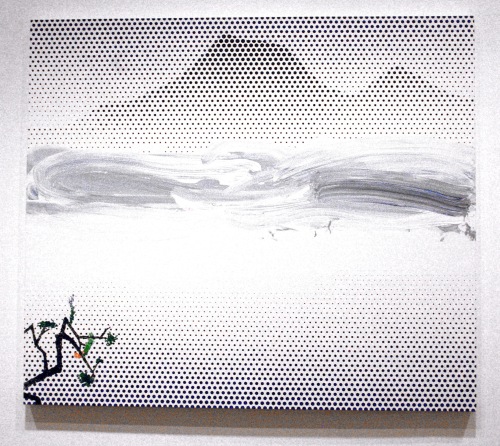 The Roy Lichtenstein Retrospective is now on its way to The National Art Gallery in Washington, then on to the Tate in London and the Pompidou in Paris.